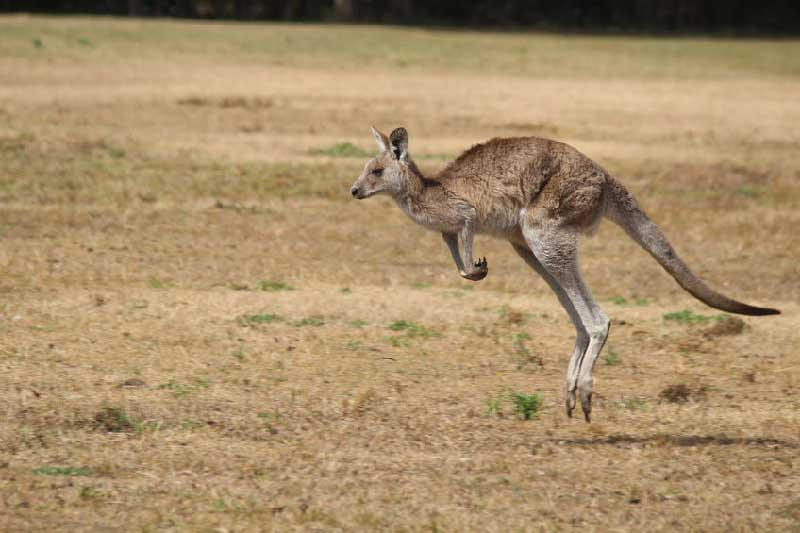 Kangaroos are native to Australia. These marsupials top the list of the best jumpers in the world, as well as being known for their strong attitude and character.

When we talk about a kangaroo, we imagine those big animals that jump from one side to the other and box like a professional fighter. We can also recognize them because female kangaroos have a bag in their stomach where they carry their cute babies.

At first glance, they seem to be a breed of calm and adorable animals, but in reality, they are very dangerous if you get to face them, either by feeding them or wanting to touch them.

Its popularity is so great in Australia that it has been a symbol of many Australian companies, sports teams, and many tourist souvenirs for foreigners. However, many people believe that these animals should be removed.

Are There Wild Kangaroos in the USA?

People often wonder if there are kangaroos in the United States of America. Of course, they do, only if we consider that they are part of a circus, exhibition or a zoo.

But the real controversy is: Are there wild kangaroos in the United States?

At first, it was believed impossible for these animals to be transported from one country to another on their own, but there have been many cases where they have, or at least people say they have seen them.

In the United States, they are called “ghost kangaroos,” since they tend to appear and disappear from one moment to the next, and nobody knows how.

Theories abound regarding a hidden or unknown population of kangaroos, but if so, where are they?

The first case of sighting these animals was in 1899. It was about a woman who lived in New Richmond, Wisconsin, and reported that she could see a wild kangaroo running and jumping through her neighbor’s yard. Conveniently, when this information was released at that time, there was a circus in the city, so they considered that the marsupial had escaped and that it belonged to them. But the reality was that this mammal was not part of that circus since they did not have any kangaroo or animal similar to it.

Despite not being 100% sure that wild kangaroos exist in the United States, many cases and sightings of these animals have been reported, whether in the prairies, forests, streets, and even the back and front yards of any house.

Places where wild kangaroos have been seen in the United States

Whenever police or zoology experts try to investigate the places where these wild animals have appeared, they never find traces of them anywhere.